Salford Meadows Footbridge Salford crossing describes an S shape in plan, which is the result of a smooth and moderate slope between the two banks of the River Irwell. The 120 m long and 3.60 m wide deck has a multicellular steel cross section that bears a 12 cm thick concrete slab.The deck is suspended […]

Zorrotzaurre Bridge The aperture of Deusto Canal will make Zorrotzaurre peninsula become an Island connected by a series of Bridges. Zorrozaure Bridge is the first connection to the island with a 75 m span. The bridge proposal has no intermediate supports and a reduced deck depth to satisfy the headroom requirements, therefore the solution brings […] 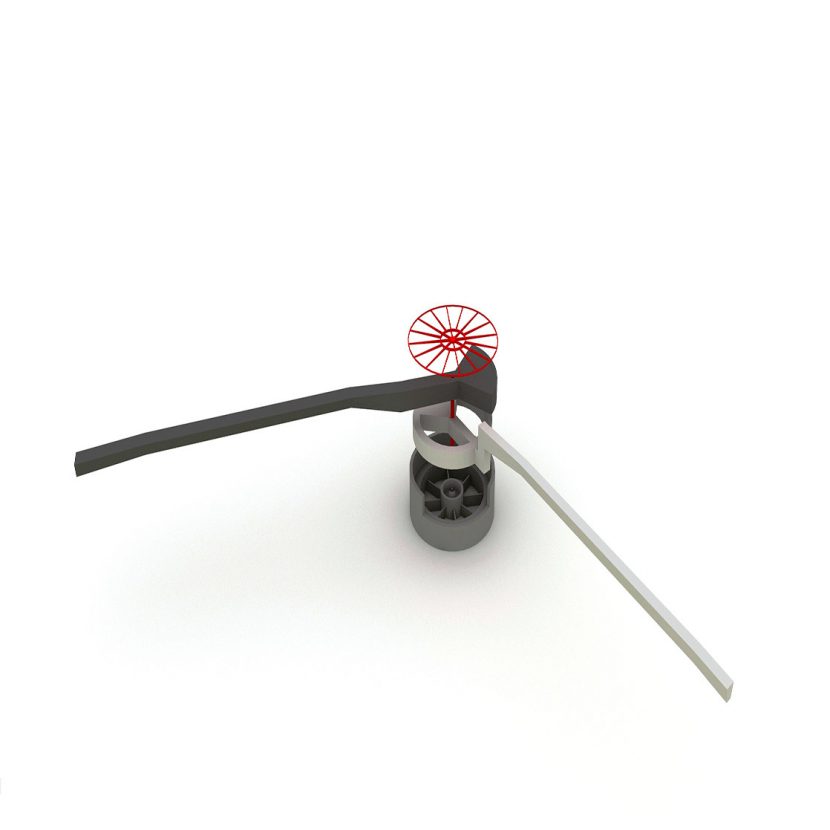 Gdansk Footbridge A footbridge arises from the necessity of crossing, in the fastest way possible, to the other side ofan urban edge.In this case, there is an island with a cultural activity that connected with the new footbridge, it will regularly be used by a large influx of people. This fact led us to design […] 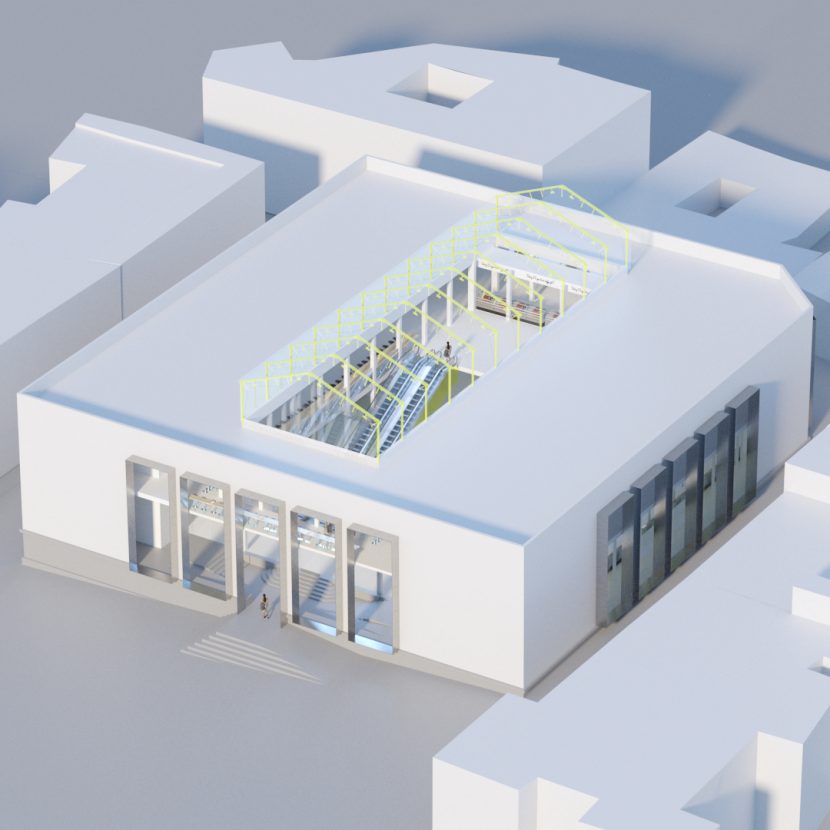 Abastos Market Refurbishment The aim of the proposal is to improve the visual apearance of the market in a contained way. The building volume is mantained but the entrances of the building are maximized attracting visitors and improving the relationship between interior and exterior. Status            Concept Design 2018 Location    […] 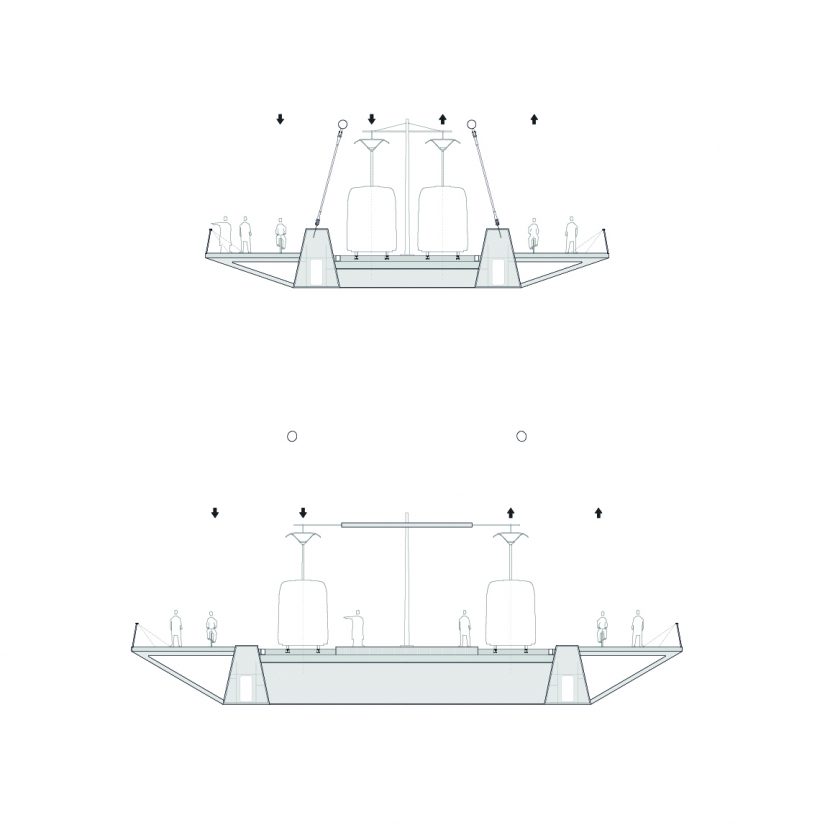 Dvorecký Bridge We are taken in by the site, the Vltava River and Prague. East and West of the city are joined by many bridges. Now a new bridge will stimulate the South part of Prague. The bridge will be a signiﬁcant architectural landmark in the Valley of Vltava River. The new bridge should be […] 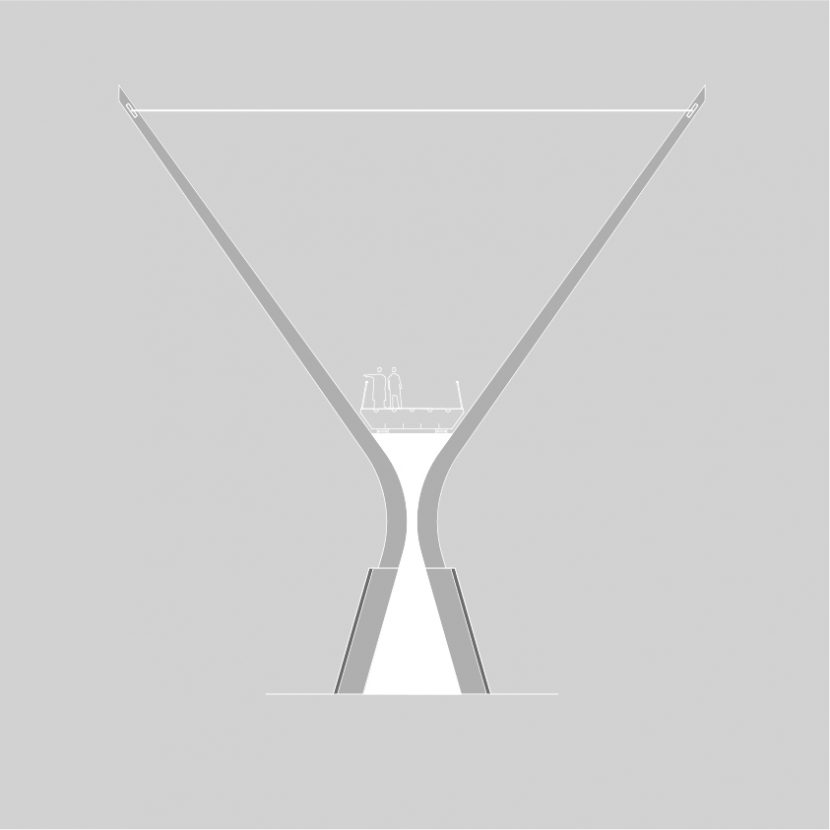 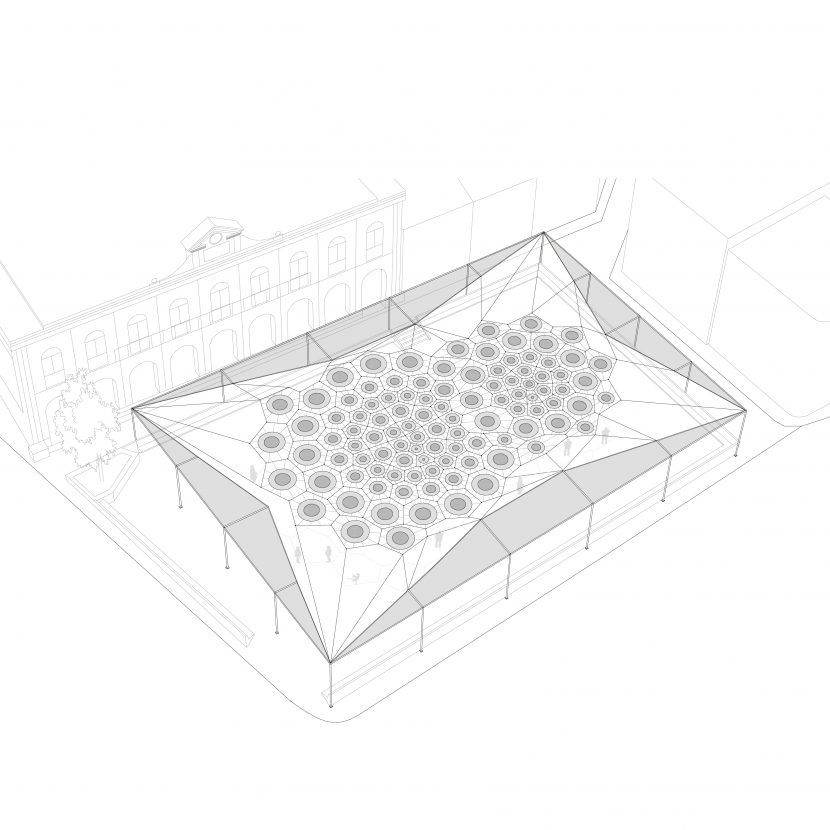 Iscar Plaza The design for the new main plaza in Iscar is inspired in the Castilian mantles. In the same way a mantle wraps, the proposal shelters users in a versatile, functional and artistic space. The Pergola spread all along the plaza is both functional and decorative. It is functional as it protects users from […] 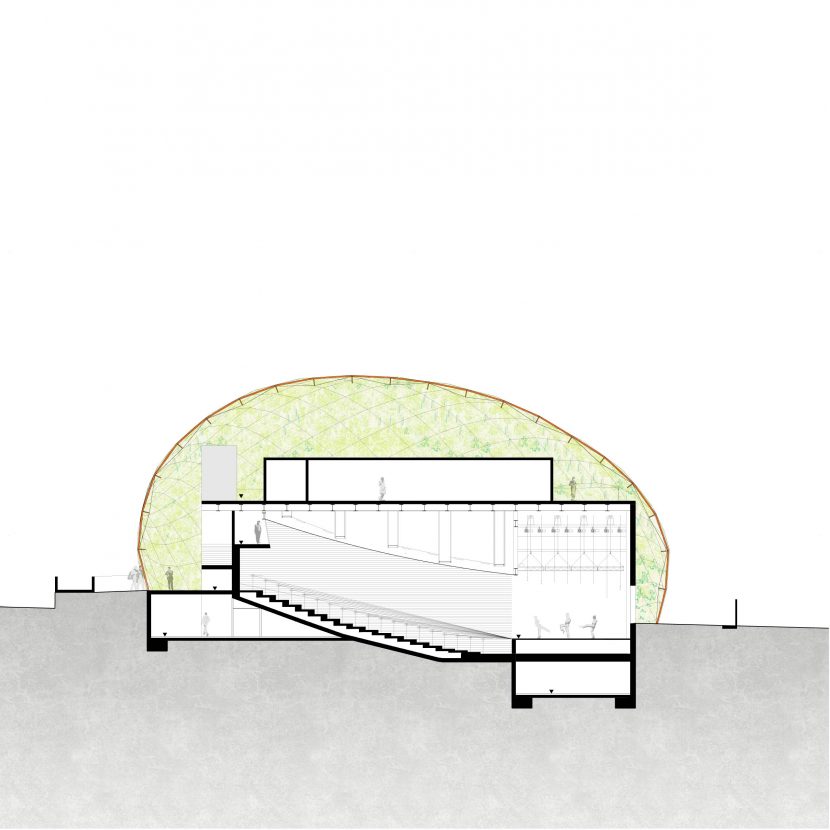 Olivar Theatre The proposal aims in addition to responding to the program needs indicated in the tender, strengthen Navas de San Juan west urban space area. The building location has at its west olive groves whose fruit has inspired the building volume. At a certain height from the ground one could enjoy great views of […] 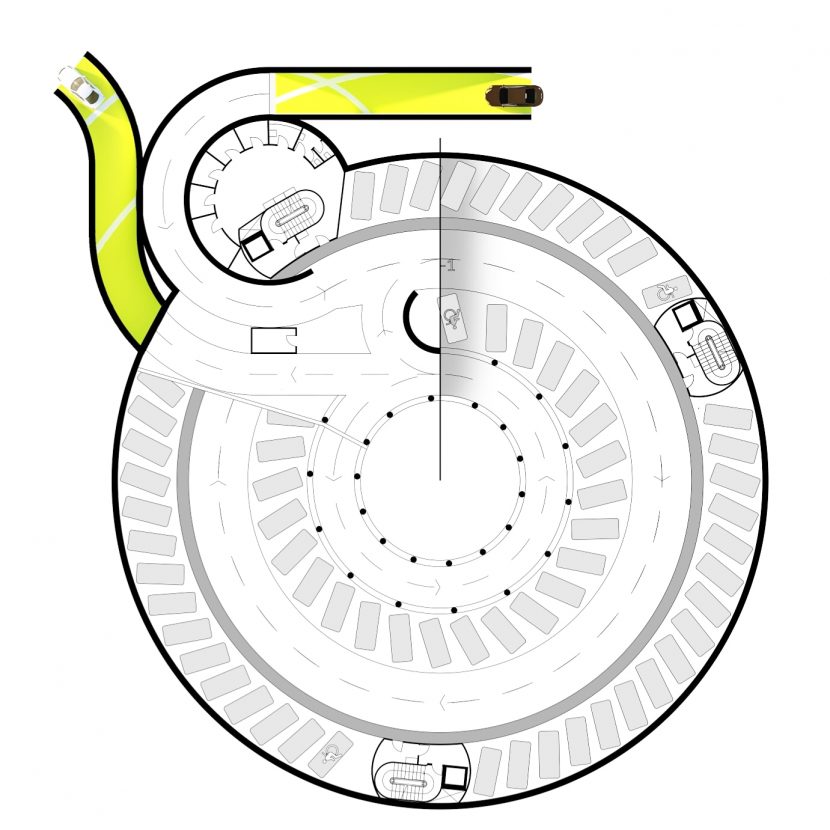 Somo Parking and Plaza A circular underground parking adapts well to the existing conditions as it is a compact solution far from the existing buildings. Its plan shape functions as a closed ring stable in all the construction phases without needing significant temporal bracing. There is a minimal impact on the use of the square […] 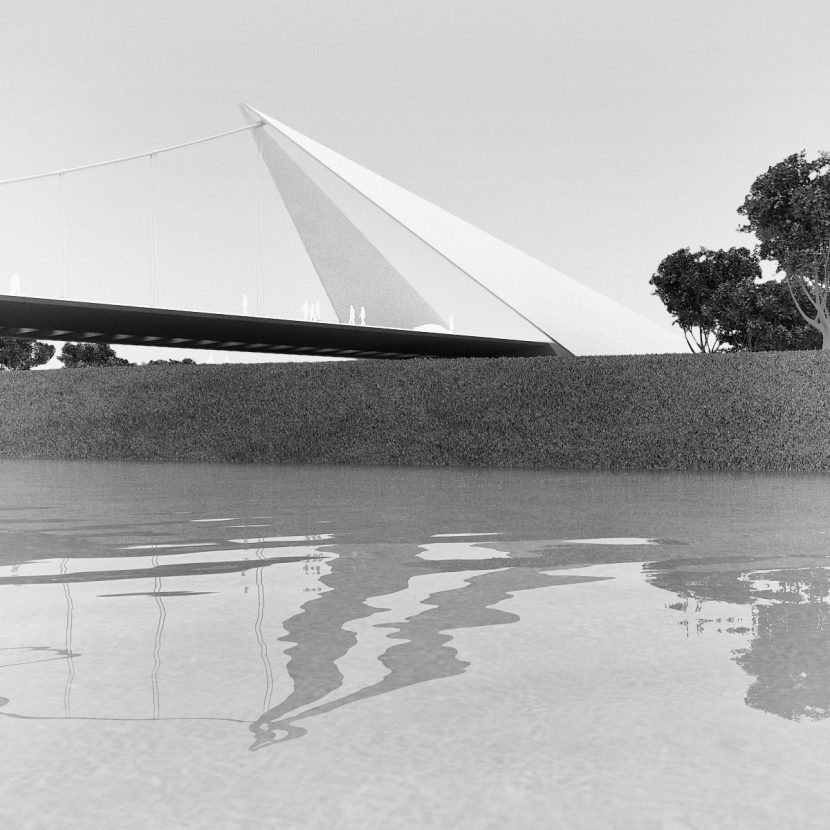 Cuatro Vientos Bridge The solution proposed is a 114,2 m span self-anchored suspension bridge. The suspension solution was chosen for its moderate span length and for being innovative in the city of Pamplona. This solution is uncommon in Spain and offers a symbolic weight associated with the symbol of Navarra which are¨chains¨. The pylons have […]